Most startups, whether consciously or unconsciously, practice kaizen, a philosophy of continuous improvement, in their day-to-day and long-term endeavours. As a startup, you aim to do something quickly today, and, if it works, to make it better in the future. If you’re successful, you’ll manage to build a team, get users, raise funding, and more. The pathway to success thus seems simple: improve and make things better.

Despite all this, you should remove these two words from your company’s vocabulary – they could kill your startup. Here’s why: You’re probably wondering what harm there could possibly be in saying, “Let’s make our homepage better!” By using the word better, you’re implying that the next version of your homepage will be an improvement, but that’s not a guarantee. If you assume the new version will be better, you may not feel the need to run an A/B test (gasp!). That’s a startup sin – you should know that testing is critical. By implicitly assuming success before you even make a change, you can convince yourself that you don’t need to test when in fact you should always be testing.

What words should we use?

Rather than saying “Let’s improve our homepage!”, use language like “Let’s test a homepage re-design” or “Let’s run an experiment.” A test implies that there’s a level of uncertainty when going into the change. While you may think the new version will be better, you need to view the actual results to be sure. With a test, you’ll also likely be able to define a core metric (such as signup conversions) that is an objective measure of whether or not a re-design is actually better.

At Magoosh, I saw a pattern emerge in the way we approached changes in our products. When we carried out tests and experiments, we looked to data to help us identify whether or not we improved. But when we set about making improvements, we often forgot to look at the data.

For example, we used to make eBooks in Microsoft Word, publishing them as PDFs. After we hired a design intern, we decided the eBooks should look “better,” so she spent hours and hours working on a “well-designed” eBook in Adobe InDesign.

For a while, we continued the trend of spending design time on eBooks. Recently, however, we looked at the data and found that the PDF eBooks converted readers to signups just as well as the InDesign eBook did, but the latter took more time to create and was harder to edit.

Had we viewed the eBook redesign as an experiment from day one, we would have noticed that the redesign didn’t actually help us achieve our goal (getting the readers to sign up for our product), and we likely would have saved hours of design time.

The unfortunate truth is that most startups fail. They fail neither because the team members are incompetent nor because they have bad intentions – they fail because the team is working on tasks that don’t matter (e.g. our eBook redesign), eventually running out of time and money. You can help your team succeed by viewing your decisions as experiments and encouraging others to do the same.

Start using the words test and experiment instead of improve and make better. With this small change in vocabulary, you and your team will be more inclined to measure the results of your decisions, and you’ll see which of your changes are actually making a difference. You’ll hone your intuition over time, focusing more on the changes that matter and drive results. Ultimately, you’ll keep your startup alive and actually make it better! 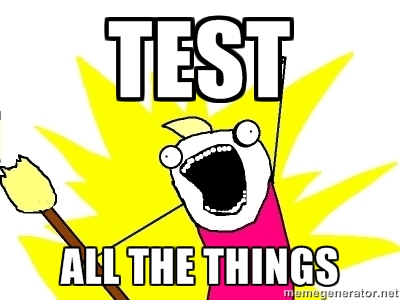 About the Author: Bhavin Parikh is CEO and co-founder of Magoosh, a company that creates web and mobile apps to help students prepare for standardized tests such as the GRE and GMAT. He loves advising startups on growing their ideas and building great cultures. Years ago, Bhavin played on several Nationals-level ultimate frisbee teams. Now, he eats gelato. Follow him on twitter here.

Save
Previous Post Reducing the Cost of Maintaining Inventory
Next Post Exclusive Q&A on Company Culture With Brian Fielkow, The Author of Driving to Perfection