Tourism drives the local economy. However, the environment shouldn’t be exploited for such purpose.  Proper tourism destination management is crucial in making sure that local business operation and tourism activities adhere to set regulations and initiatives, as well as making sure that all the activities aren’t disrupting the environment and local area development.

In an tourist destination that involves glaciers and mountains, there are hazardous occurences that both tourists and local governmental bodies need to focus on. One of them is avalanches. Avalanches: Can they be prevented?

The sudden downhill movement of snow causes an avalanche, making it a significant hazard to people residing in areas close to glaciers and snowy mountains. It can occur due to the slope angle, temperature, wind direction, vibration or overloading. One of the most common triggers is the weight of snow which keeps increasing until it overcomes cohesion of the snow pack below it.

An avalanche obstructs anything in its path, blocks roads and railways, cuts off power supply, destroys buildings and leads to loss of lives, which is why its prevention is crucial. There is an increased risk of avalanches due to deforestation and the development of tourist infrastructure, as they reduce natural barriers and trigger snow avalanches. Tourist spots are crowded, making the need to protect and safeguard them essential.

Due to the massive damages caused by avalanches, snow patrol and various organisations take steps to prevent them. Snow fencing is one such preventive measure. 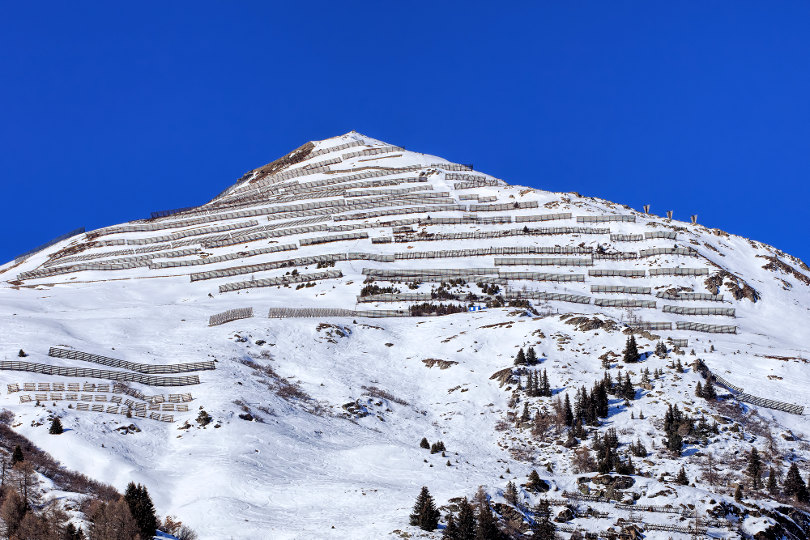 What Are Snow Fences?

Fences are linear installations that influence the wind flow in such a way that snow accumulated is stopped from landing in danger zones. They are similar to sand fences and force the drifting snow to the desired location, minimising the snowdrift on roadways/railways.

Snow fences cause snowdrifts and prevent avalanches. Fences are placed in a way that snow is diverted from reaching undesired areas. Research has shown that for every foot of snow, a four-foot tall snow fence is required which can hold up to 4.2 tons of snow.

There are two main types of snow fences – natural and non-natural fences.

Natural snow fences are living plants such as trees, shrubs, or native grass planted to manage the drifting snow and protect desired areas. They not only slow down the wind, but also protect the property downwind.

Some of the key benefits of natural snow fencing includes:

Less ploughing and salting is needed to maintain roads if the drifting snow is kept off the highways by using natural snow fences. Permanent snow fences can consist of shrubs, conifer trees or maize stalks.

Non-natural snow fences are made of wood, plastic, or fibreglass. They are either made of plastic orange sheets used in construction or any lightweight wood strips such as cedar attached to metal stakes. They fall into the category of synthetic temporary snow fences.

However, permanent snow fences consist of horizontal planks that cover half of the total fence area. The bottom part is left open so that snow does not accumulate right under the fence, reducing its effective height. If you want to purchase snow fencing, you need to ensure the product has been certified, for example these https://www.maccaferri.com/us/products/rockfall-snow-structures/snow-fencing/ are certified by the Swiss Federal Institute for Snow and Avalanches

A portable snow fence has a snow fence panel with a wooden frame of 2’’ x 6’’ with bolts at the corners. It includes a 4-foot wide strip of plastic snow fence material that is pulled stiffly across the centre. The panels are almost 8 feet long with a height between 6’’- 8’’, depending on where and how they are intended to be used. The geometry of the frame is designed in a way that it maximises the efficiency to trap and store snow. It has the tendency to deposit snow at the bottom of the fence.

Snow fencing nets are flexible structures installed at the top of avalanche corridors reducing the risk of avalanches and stabilising the layer of snow. They serve the purpose of retention and prevent snowpack from coming loose. They are designed to be installed on slopes ranging from 70% to 120% and consist of steel-wired nets held in place by braced posts. The base is fixed to the ground through anchoring. They have been used for many years and are one of the standard protection techniques against avalanches.

Multiple lines of defences are needed in upslope and downslope sides of potential failure points that prevent the movement of snow.