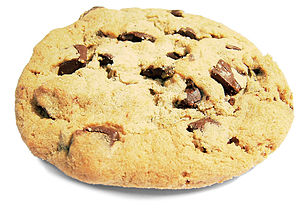 The date when the new EU Privacy Directive becomes law is nearly upon us but according to the latest research by E-consultancy most marketers do not have a good word to say about it.

The general picture is that of confusion among most e-commerce businesses, however small or large. Despite an official guidance being issued by the Information Commissioner’s Office (ICO) most companies remain puzzled as to what exactly is required of them.

Of the 700 marketers who took part in the survey only 18% saw the directive as a positive one, with a vast majority going as far as saying that it will do serious damage to the e-commerce industry.

Here in the UK the Information Commissioner has issued a slightly amended Directive and will start enforcing it from the 26th of May. In order to comply all online businesses are required to ask for the visitors consent before using any non-essential cookies.

As ever the way the directive can be interpreted is the problem. What is deemed as an essential cookie by a business may not be seen in the same light by the legislators. Because of this there is now a wide range of solutions being adopted by different companies in order to try and comply with the new laws.

There are still many however who have decided to do nothing, with 46% of those questioned by E-consultancy not having as yet performed even a cookie audit. Many of those have decided to adopt the approach of “wait and see”, with some saying that the ICO will simply not be able to enforce the new laws.

And then there are the consumers. The directive was supposedly written to protect them, but many experts ask a valid question of whether online users even know what cookies are, never mind the differences in their types. 93% of marketers think that the majority of Internet users simply do not understand how cookies work.

This obviously does not mean that businesses should be allowed to use whatever techniques they like in order to monitor their websites, but there is surely a lot still to be done in terms of educating both the users and companies. Some small businesses for example use third party software to inspect their websites and have no idea what exactly is involved in the process.

It will be very interesting to see what happens on the 26thof May.

Hopefully both the consumers and businesses will emerge better off at the end of this change in the law. Right now though the picture is that of confusion and frustration.